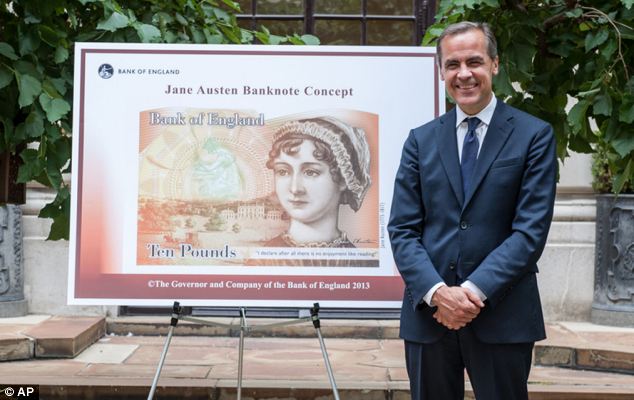 Austen is the only woman – apart from the Queen – to now feature on an English bank note, following the withdrawal of the old £5 notes in May, which featured Elizabeth Fry. Fry was replaced with a picture of Winston Churchill.

Paper bank notes – £5, £10 and £20 – are slowly being replaced by plastic notes, which are more secure and resilient to counterfeiting, more resistant to dirt and more durable.

The paper fiver is no longer legal tender, and once the new £10 note enters circulation, its paper predecessor will be withdrawn from circulation in Spring 2018. 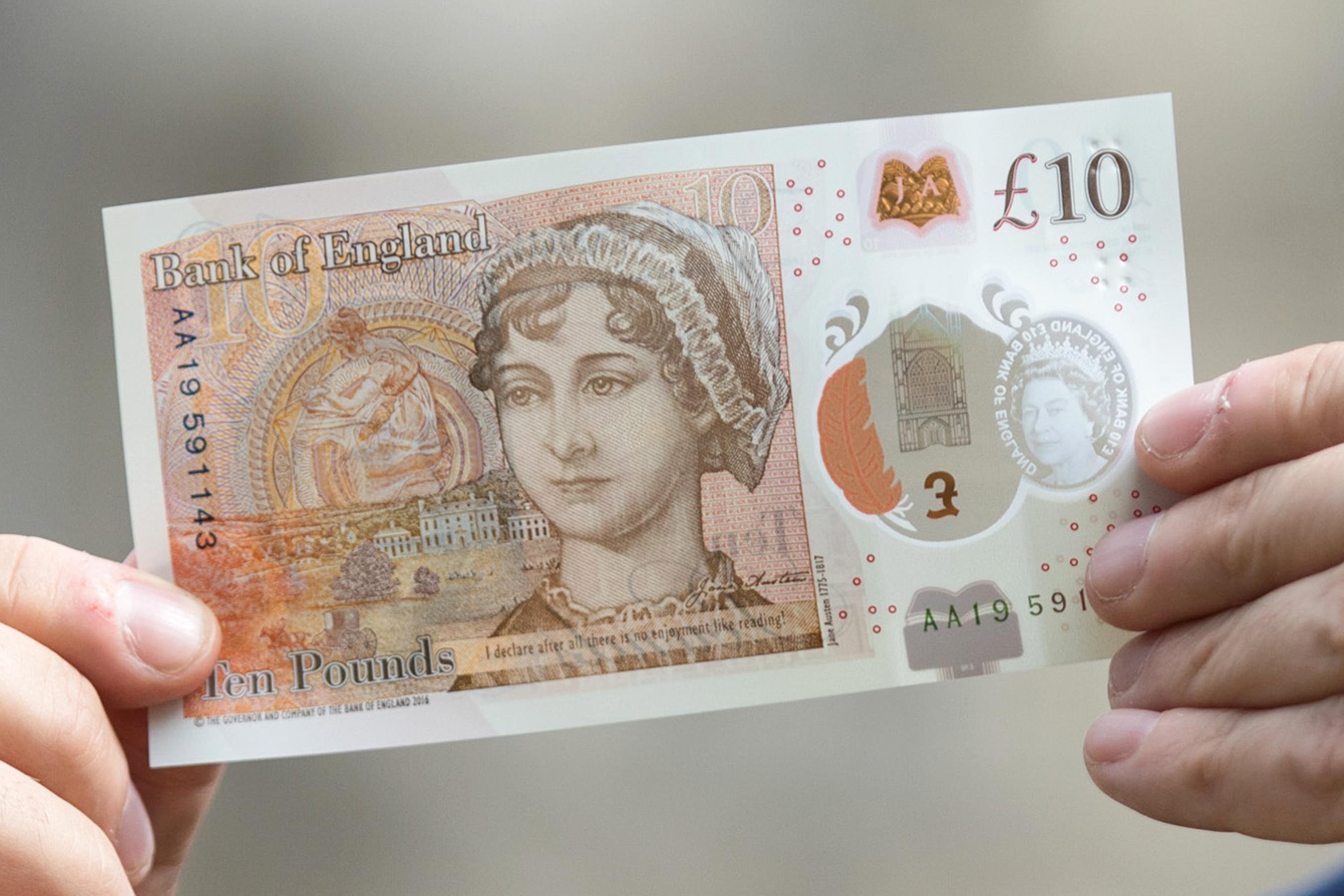 The new £10 note features English novelist Austen with plump cheeks and a calm expression, taken from a portrait which was commissioned after her death at the age of 41.

The note has already attracted some criticism due to the fact that Austen’s portrait appears to be “airbrushed”. It shows her noticeably prettier and less drawn than she appears in the only contemporary painting of her which exists (and is on display at the National Portrait Gallery in London.)

As well as Austen’s portrait, the tenner features a quote from Pride and Prejudice when Miss Bingley exclaims: “I declare after all there is no enjoyment but reading!”

Use of this particular quote has caused controversy as it isn’t spoken by Austen, but by one her most obnoxious characters, a woman who doesn’t actually like reading books at all.
The new note is around 15pc smaller than the current £10 and is the first Bank of England banknote to be printed with a series of raised dots in the top left-hand corner to help blind and partially sighted users.

This is in addition to the elements already incorporated in the banknotes for vision impaired people, which include tiered sizing, bold numerals, raised print and differing colour palettes.

The new £10 is expected to last at least 2.5 times longer than its paper predecessor – around five years in total, the Bank of England said.

Austen’s presence on the new £10 note was one of the first announcements made by Mr Carney after he took up his position as governor of the Bank of England.

He said: “Jane Austen certainly merits a place in the select group of historical figures to appear on our banknotes.

“Her novels have an enduring and universal appeal, and she is recognized as one of the greatest writers in English literature.

“As Austen joins Adam Smith, Boulton and Watt, and… Churchill, our notes will celebrate a diverse range of individuals who have contributed in a wide range of fields.”

What Will the Note Be Made Of?

The Bank of England has refused to bow to pressure to make its £10 plastic bank note tallow-free, despite anger from vegans and vegetarians. But the central bank has backed the use of palm oil in its new £20 note following the backlash.

More than 136,000 people signed a Change.org petition calling for the Bank of England to cease using animal fat in the production of currency.
When Will the Old £10 Note Cease to be Legal Tender?

The Bank of England says that the old £10, which features Charles Darwin, will be gradually phased out and officially withdrawn from circulation in Spring 2018, with notice given at least three months prior to the withdrawal date.

The new polymer £20 banknote will be issued in 2020, with the face of J.M.W Turner printed on it. The Bank has not confirmed whether the £50 note, featuring Boulton and Watt, will be replaced.

How Much Would a Tenner Have Been Worth in Jane Austen’s Time?

£10 in Jane Austen’s time would have been worth the equivalent of £786 in today’s money, according to analysis by Aviva.

If the Bank of England had wanted the new £10 banknote to have the same purchasing power that £10 enjoyed 200 years ago, it would need to be revalued as the £786 banknote. But thanks to the eroding impact of inflation, £10 today has a relative purchasing power of only 13p, compared with what it could have bought in 1817.

According to Mr Carney, £10 was half the annual allowance she received from her father while he was alive. A £10 note may also have had a symbolic meaning to her, as it was the amount she was paid by publishers Crosby and Co. for her first novel, Susan, he said.