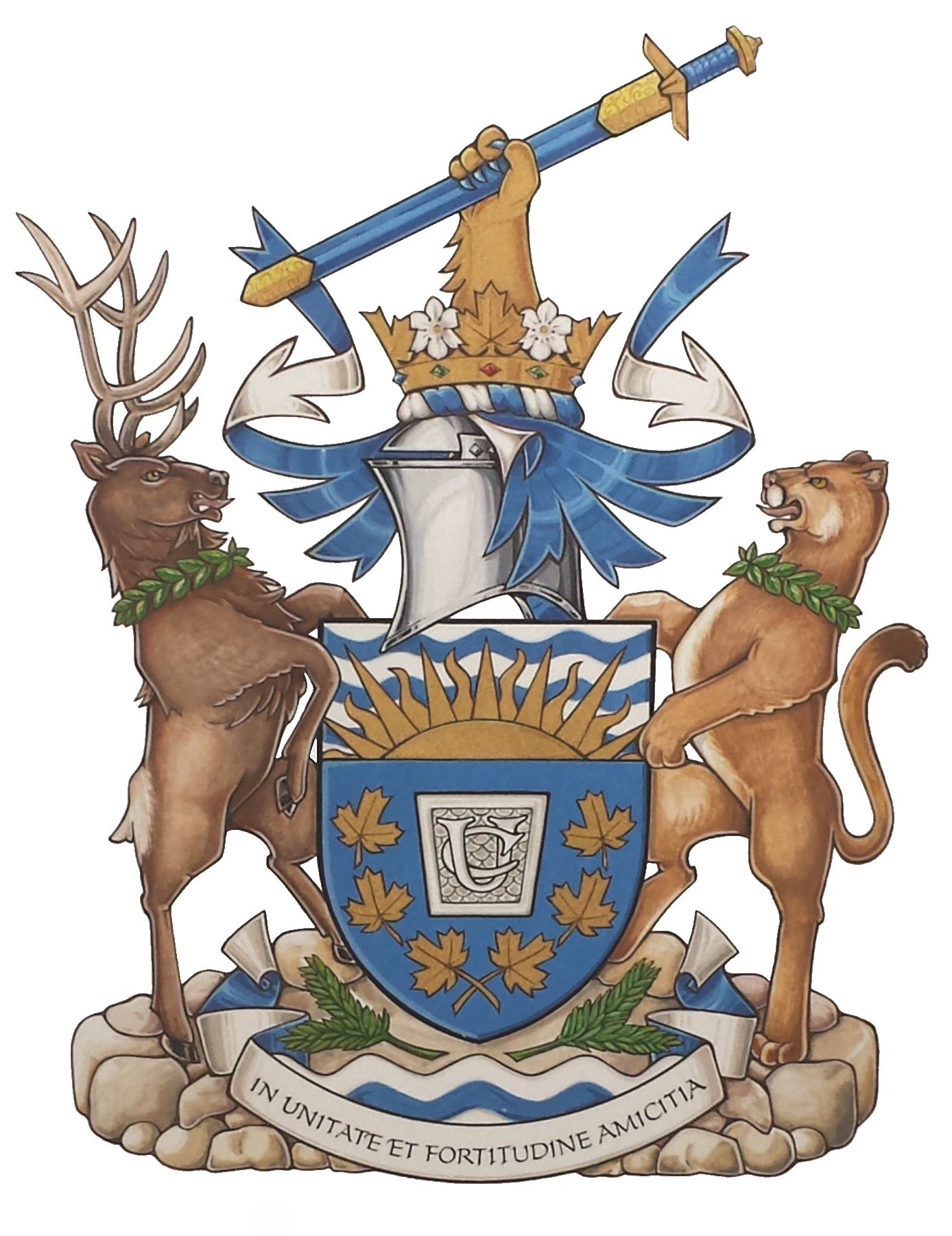 The Significance of the Union Club Coat of Arms:

In Canada, a coat-of-arms granted by the Crown is an honour akin to an appointment to the Order of Canada or other decoration for meritorious service. In our case, the Governor General’s office has seen fit to honour our club in recognition of our history of contributions made to Victoria and the wider community.

At the centre of our arms is a depiction of the keystone over the main entrance to our clubhouse. As its purpose is to hold a structure together, it represents unity, and thus our club’s name. It is surrounded by an open wreath of golden maple leaves, in a ‘U’ shape, recalling the political goal of our founders: a ‘union’ of the Crown Colony of British Columbia with the Dominion of Canada. The artist has painted six maple leaves in the wreath, suggesting that B.C. was the sixth colony to join Canada.

Above the keystone and maple leaves are the waves and the sun-in-splendour from the Royal Arms of British Columbia. They directly signify our club as a club of British Columbia, and also the successive Lieutenant Governors who have been members. As design elements, they appear in the top portion of our shield, as they did in B.C’s arms at the time our club was founded.

A helmet sits atop our shield, as is traditional in heraldry. It is crested by a coronet of maple leaves and Pacific dogwood flowers (the provincial flower of B.C.). This coronet serves to again emphasize our name and origin, as advocating ‘union’ with the dominion. And from this coronet a lion’s paw extends, grasping a sword in a blue scabbard. The lion’s paw suggests the lion in the Royal Crest of B.C. The sword was inspired by the replica weapon borne by our modern presidents, as a symbol of their office (nicknamed, ‘Excalibur’). As a whole, the lion’s paw issuing from a coronet and grasping a weapon suggests the crest of our founding president, Sir Matthew Begbie. He bore a crest of an armoured arm issuing from a coronet and grasping a spear. Depicting our sword sheathed also recalls the badge of Knights Bachelors, which Sir Matthew would have borne.

Supporting the shield are a wapiti deer and cougar. The former is a supporter in the Royal Arms of B.C. And both are animals native to Vancouver Island. Each has a ‘collar’ of laurel, recalling the laurel wreath used to encircle our club’s monogram. And they stand on a rocky mount, reminiscent of the rocky outcroppings around Victoria and her harbour, strewn with local Douglas-fir branches. The waves beneath allude to our location at Victoria’s Inner Harbour.

Our motto is Latin (a traditional language for heraldic mottoes) can be translated as, ‘Friendship In Unity and In Strength’.

We have also been granted an heraldic badge and flag, for use by our members. These are a depiction of the club’s keystone, and (for the flag) that same badge on a flag of royal blue. To represent the club as a body, we use the design depicted on our shield as a flag (just as the provincial government uses the design from the Royal Arms of B.C. on their flags).