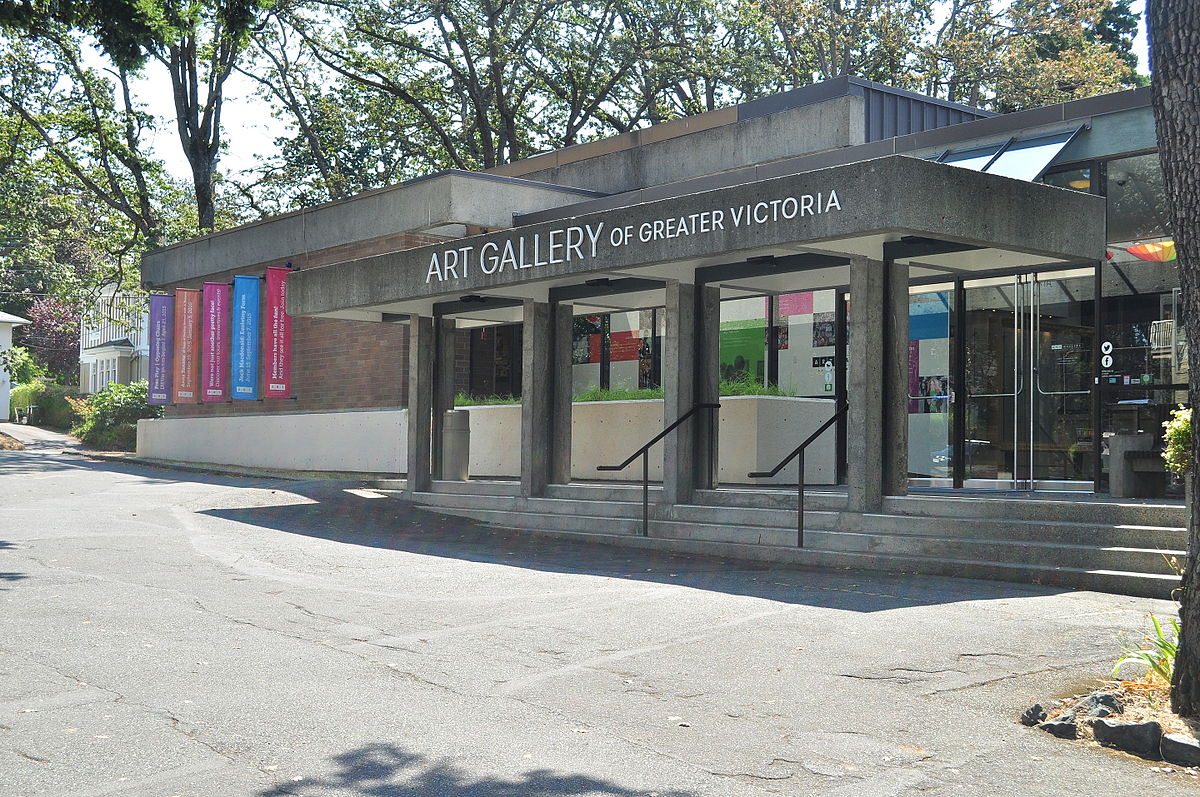 The following article appeared in the Art Gallery of Greater Victoria’s April/May newsletter “Happenings”, written by one of the participants from the tour:

It was the morning after that scary tsunami warning, and the rain was still lashing, the wind was howling, and it was frigid by Victoria’s weather standards. Despite it all an intrepid group of Associates had accepted an invitation to visit Victoria’s iconic Union Club to see some of its extensive art collection, and learn a little of the history.

Entering through the heavy brass-studded front doors, our world was transformed – thick carpet underfoot, rich mahogany paneling, a log fire exuding the comforting smell of pine, percolating coffee wafting in the air – we had made the right decision to emerge from the comfort of our homes that morning. Having shed our dripping coats and discarded our turned-inside-out umbrellas, we made our way to the Ballroom to meet our host and guide Martin Segger.

As Yvonne McKenzie in introducing Mr.Segger related his many accomplishments and experiences, we knew we were in for an interesting visit. He holds degrees from UVic (English plus Education Diploma) and the University of London (Renaissance Cultural Studies), had an extensive administrative and academic career at UVic in the areas of Galleries Collections and History of Art, served as President of the Pacific NW Chapter of the Society of Architectural Historians and President of the Commonwealth Association of Museums, and consulted and taught historic preservation planning in South America and Africa. Detailing his fascinating career would require a whole article. And now here he was, a good friend of the Art Gallery, the Honorary Art Curator of the Union Club, playing a major role in the restoration of the Club’s iconic building and care and nurturing of the art collection – and he was prepared to share some of this with us.

So, to a little of the Club’s history. Founded in 1879 by a group of prominent gentlemen in the city, it soon outgrew the first two buildings it had occupied as those early members canvassed friends they considered “congenial as members” to join. Building of the current structure started in 1910 and the first celebratory event, a Grand Ball, took place in 1913. Designed by Francis Rattenbury, it followed very much the beaux arts style popular in San Francisco at the time with a terra cotta exterior and curved stone window and door frames. The interior is a reflection of the colonial era in which it was built, as was the early collection of art. The Club was to be open to all – men that is; ladies had their Alexandra Club elsewhere and it was to be many years before they could join the Union Club as bona fide members. Mr. Segger noted that no Chinese names appear on the membership lists of that time. Early members were professionals, interested in the arts, and often their entrance fee was the gift of a piece of art, sometimes their own work, sometimes purchased pieces they thought appropriate.  Unfortunately, there is no record of when early items in this Legacy Collection were donated or purchased but as they reflect the times and interests of those founding members, so do more recent and current acquisitions reflect changes over the past 100 years.

Extensive renovations to both the exterior and interior of the building have been underway for the past five years. The exterior terra cotta cladding and seismic upgrading of the cornices is complete, and a photographic exhibition of all this work is exhibited in the McKenzie Room. The building’s interior is also now almost complete, and we were aware of how much had been done in the Ballroom since our AGM held there some months ago. Two recently acquired Toni Onley paintings, his 1968 Fort Rodd Hill and 1991 Flowers in a Window, have been hung over the fireplaces at either end of the room, pleasingly modern and complementary.

As we toured through the building our knowledgeable guide pointed out interesting details. The sparkling chandeliers in the Ballroom were original, having been dismantled, painstakingly cleaned, and reassembled by a local Victoria company. In a foyer a display of Chinese ceramics and Stephen Lowe’s watercolour, Serene Chinese Landscape, indicate emerging Asian participation in the Club’s interests and activities. In the McKenzie Lounge hangs a life-size painting by Jack Wilkinson of Henry de Zwager, a Club member who successfully ran a restaurant in an adjacent building. In the Reading Room there’s an eclectic collection; on the walls hang two sketches by Myfanwy Pavelic and three works by indigenous artist Arthur Vickers; over the fireplace is a reminder of the history of the building, a painting of a stern Judge Matthew Baillie Begbie.

Continuing our walkabout, in the McGregor Bar we saw the collection of animal trophy heads, much admired at the time for the taxidermy skills used to preserve these creatures from far-off lands, and an indication of members’ widening travels. On the walls of the staircase leading to the lower floor a full-length portrait of J. A. Mara, President of the Club from 1909-1913, appeared to be watching us intently. Later going upstairs to the third floor some in our group used the elevator which we learned is the oldest still in use in Victoria (the staircase, steep and narrow, seemed more stable to this writer!). On the third floor level we were shown a charming outdoor patio overlooking Humboldt Street with great views of the harbour, and then off a long corridor extensively lined with a great variety of art work including a watercolour by Robert Amos depicting the front of the Club’s building, we took the opportunity to peek into one of the 21 bedroom suites, an unoccupied one I would hasten to add.

Our tour had been a fascinating glimpse at the Club’s many treasures but time was of the essence, and we returned to the Reading Room where they had set up a table in a secluded corner for us where we enjoyed a delicious lunch. Mr. Segger joined us briefly for lunch, and Yvonne took the opportunity to thank him for our fascinating morning and gave him – you guessed it – a copy of The Book of Days.