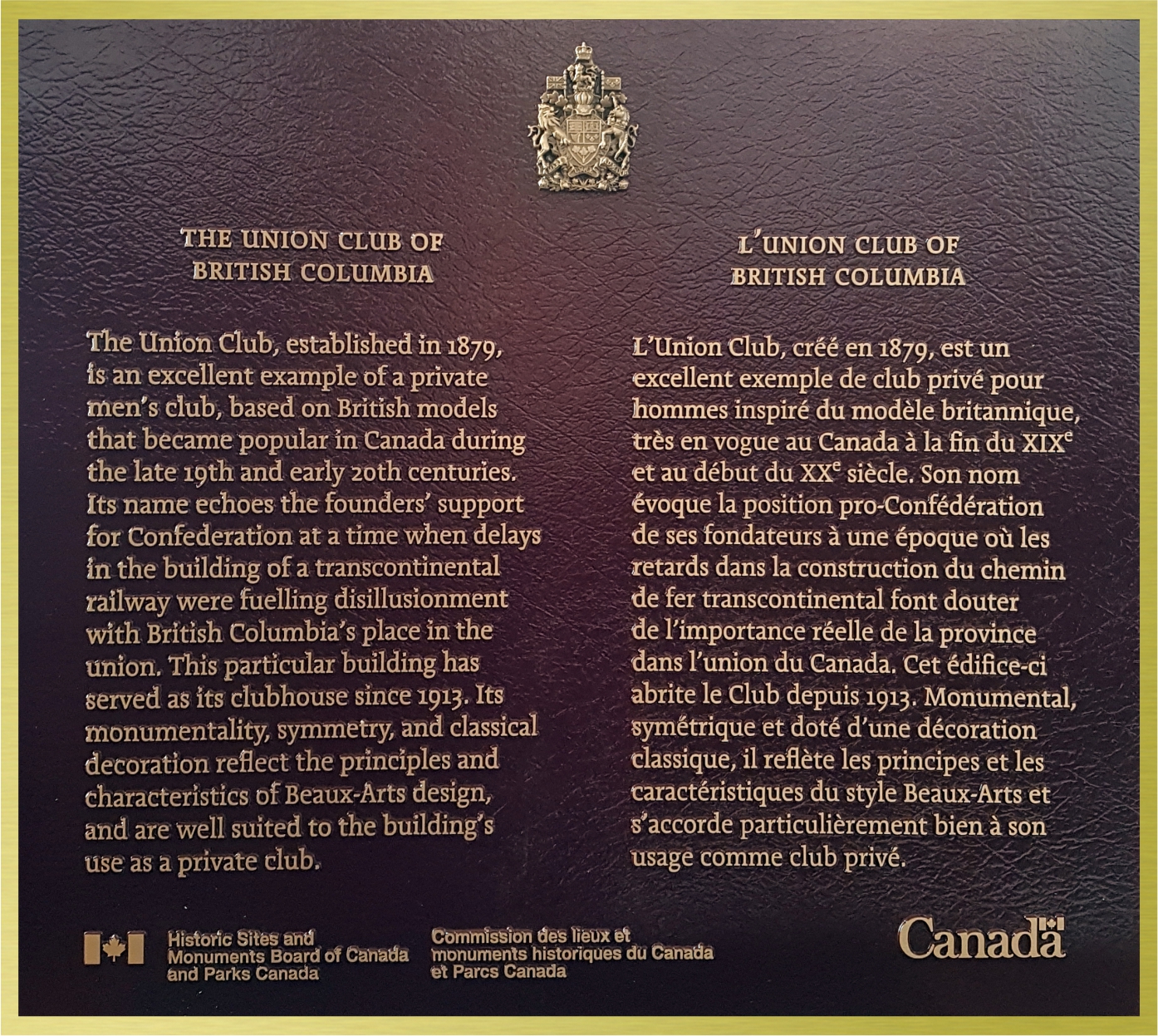 On Monday, May 22, 2017, The Union Club of British Columbia hosted a ceremony to receive the plaque commemorating the designation of the Union Club as a National Historic Site.

The ceremony was MC’d by Dr. Hal Kalman – Union Club member and BC Representative, Historic Sites and Monuments Board of Canada – and the official party included:

To view footage of the Ceremony, please click on the link below: