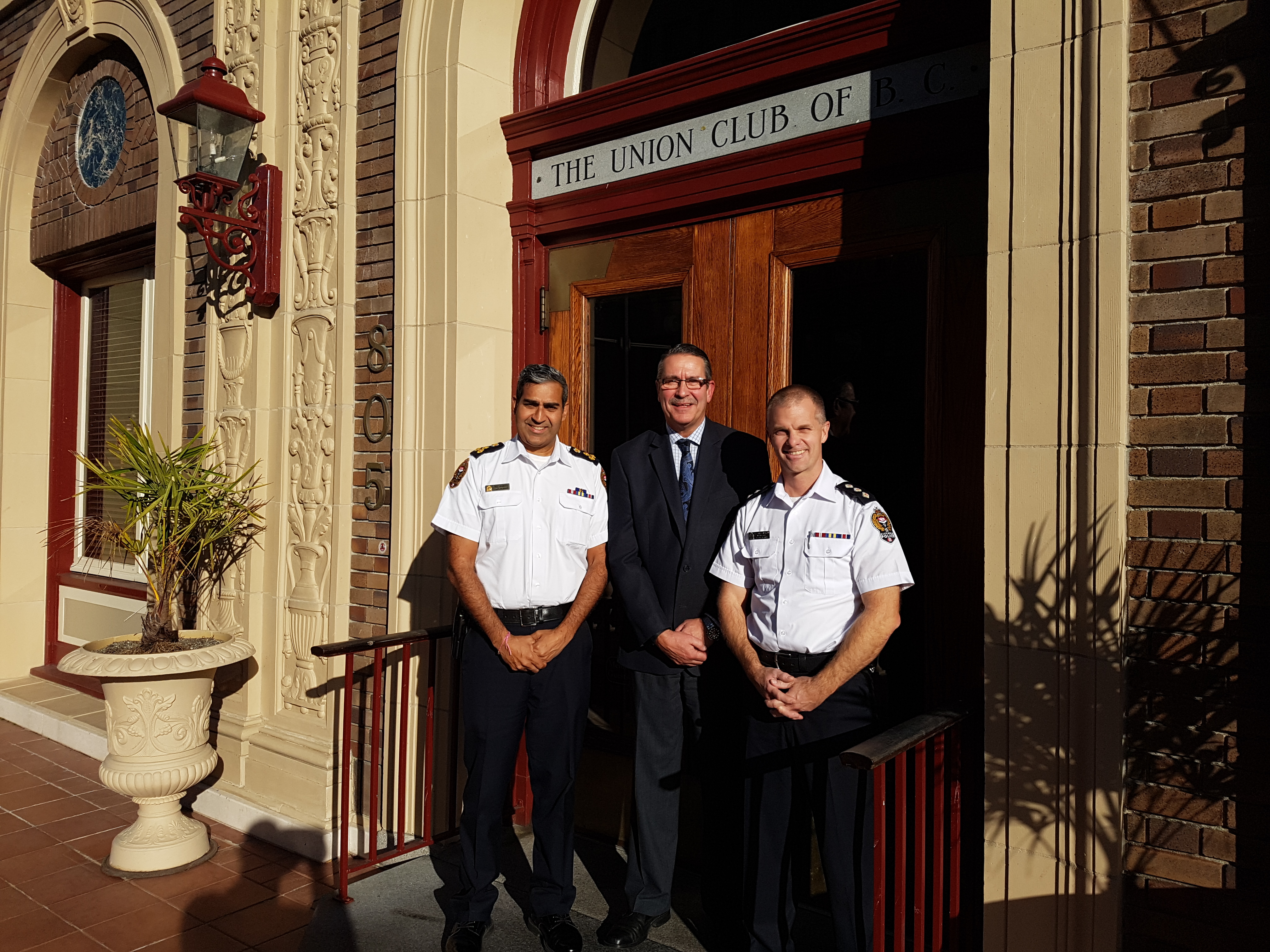 The purpose of the visit was to thank Mr. Hammonds and the Union Club for the generous hospitality that was afforded to VicPD during both Canada Day festivities (July 1) and Symphony Splash festivities (August 6).

The Union Club – “Home to Generations of Leaders” 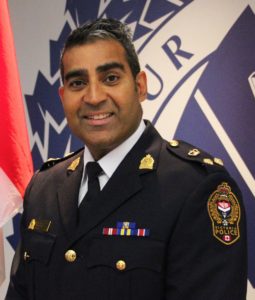 Born and raised in Victoria, Chief Constable Del Manak started his policing career with four years of service with the Vancouver Police Department. He came to VicPD in 1993, where he has served in a variety of sections and roles.

Chief Manak has an extensive traffic safety background. He spent five years in the VicPD Traffic section, where he was a collision analyst and part of the escort and drill team. Selected to set up a provincial government pilot project, Chief Manak helped create the Integrated Road Safety Unit (IRSU) in the Capital Regional District. The success of this pilot program led to the expansion of other IRSU units throughout the province.

Promoted to the rank of Inspector in 2006, Chief Manak served as the Officer In Charge of Human Resources for over 3 years.  He has personally hired more than 60 officers, or nearly one quarter of VicPD’s current members.  He then oversaw the Patrol Division until he was promoted to Deputy Chief Constable in 2010. He was promoted to Chief Constable on July 1st, 2017.

Chief Manak is a graduate of the Dalhousie University Police Leadership Program, the FBI’s National Academy Program, and is in the process of completing a master’s degree at Simon Fraser University in Terrorism, Risk and Security Studies.

Remaining active in the community remains important to Chief Manak.  He is involved in coaching baseball, hockey and soccer and has proudly coached over 30 teams through the years.