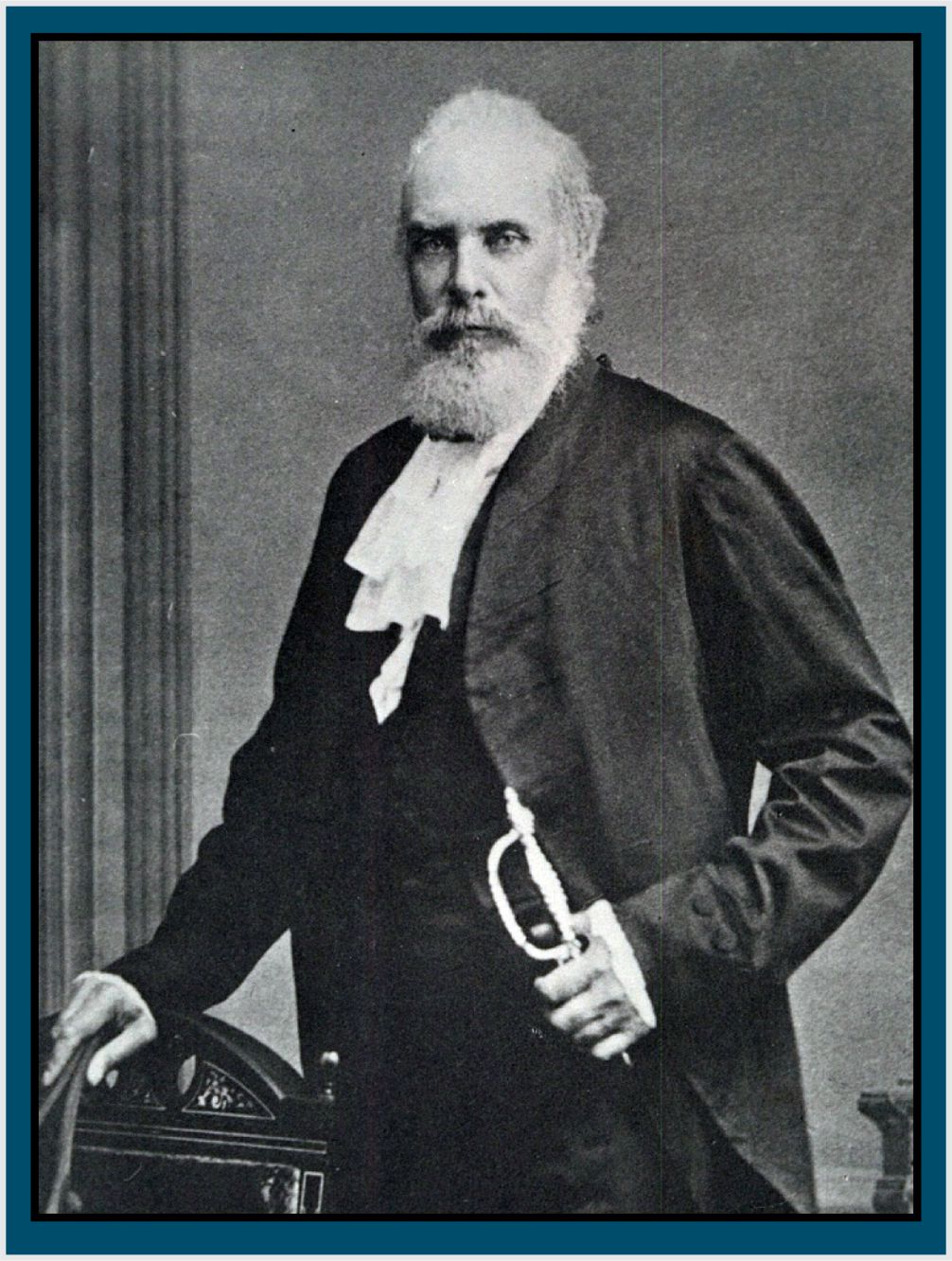 Judge Matthew Baillie-Begbie was born in 1819 and travelled from England in 1858 to become one of the first officials of the new Crown Colony of British Columbia.

He walked and rode hundreds of miles getting to know the miners and mining camps, and judging cases everywhere.

He was an artist who drew sketches of the witnesses in his “courtroom”–often a tent or a clearing. He was an opera singer who gave concerts in Victoria.
He was a linguist who heard cases in the Shuswap and Chilcotin languages without needing an interpreter—and he often defended the rights of First Nations people, who called him “Big Chief”.

Often called “the hanging Judge”, Begbie, at 6’5″ tall, certainly looked the part. But truth be known, only 27 of the 52 murder cases he heard in the history of the Colony ended in hangings–and hanging was the punishment required by law for the crime of murder at that time. So if the verdict was guilty, the Judge didn’t have a choice….

In 1875 Begbie went on holiday to Europe and was knighted by Queen Victoria-Sir Matthew! Soon afterwards Judge Begbie was back at work, and kept judging cases for another two decades until he died on June 11, 1894, when the city of Victoria mounted a magnificent funeral procession for him.