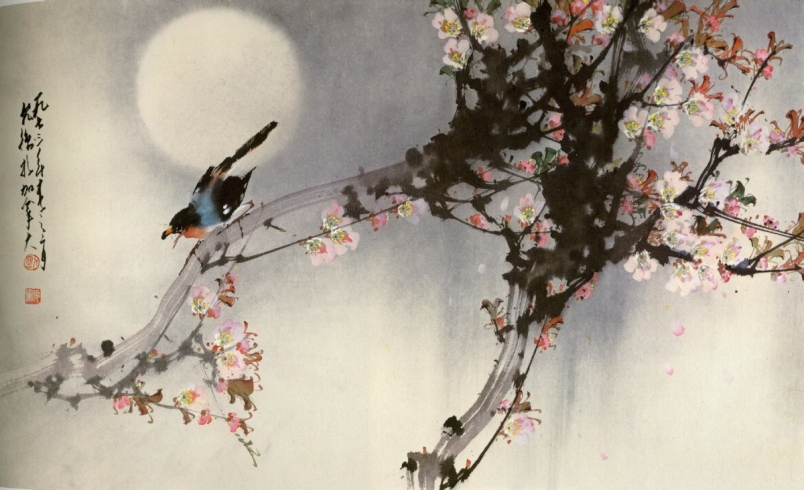 The Guangzhou Museum of Art, in a city of 13 million people in the south of China, recently hosted a month-long exhibition for Stephen Lowe (1938-1975).

Lowe was born in Quangdong and was long a resident of Victoria before his death from lymphoma at the age of 37. The Lowe family, of Calgary and Victoria, spent 2016 in China, preparing three exhibitions there, and culminating in the recent publication of the long-awaited and definitive book on Stephen Lowe’s life and art.

Lowe spent most of his life in Victoria, beloved by students and collectors here. It’s inexplicable how he achieved such skill and produced so much in the short time he had. And it is even more surprising to realize that his work and his example are enormously appreciated in the burgeoning world of Chinese art.

Lowe’s grandfather, Liu Chang, emigrated from Taishan village in Quangdong to work in the coal mines in Cumberland in the early 1900s. When the turmoil of civil war swept over south China in the late 1940s, his family was stripped of most of its possessions.

Stephen, the eldest of five children, made his way to Hong Kong at age 17, and his determination to study art led him to Zhao Shaoang, leading exponent of the “Lingnan school,” a progressive and atmospheric style of painting that is the distinctive expression of South China. At the request of his grandfather, Lowe emigrated to Canada in 1956, at 18 years of age. He arrived to find his grandfather living in a lean-to in a ghost town, one of the few surviving emigrés still living in Cumberland. 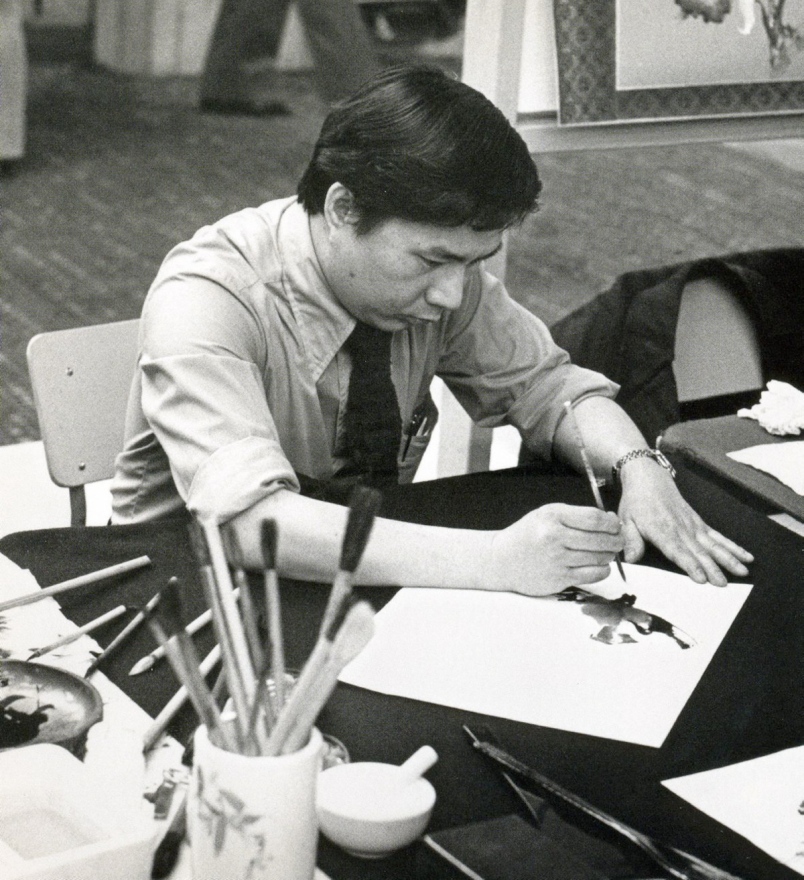 Lowe’s talent and personality brought him valuable support in Victoria. Through connections from his first job, as a room steward at the Union Club, he was sponsored for a year in Hong Kong, where he continued his studies and met Eunice, his wife-to-be.

On his return, he began teaching painting at the Art Gallery of Greater Victoria. The persuasive artist and designer Allan Edwards championed Lowe, and arranged work for him in Eaton’s department store display department. Exhibitions at the provincial library and the Art Gallery of Greater Victoria (with Lawren Harris) followed, remarkable accomplishments for an artist then just 23 years old.

Skipping forward, we note his huge exhibition at the newly opened Royal B.C. Museum in 1971, and the opening of the Stephen Lowe Gallery on the Humboldt Street side of the Empress Hotel — provided rent-free by the hotel. An exhibition was later held at the United Nations building in New York, and Edwards commissioned 66 originals for the new Skyline Park Hotel in London.

Then, in the fall of 1974, Lowe was diagnosed with a rare form of lymphoma. After summoning up the energy for his 23rd solo exhibition, he died within a year.

Lowe’s supporters insisted that his wife Eunice continue the Stephen Lowe Gallery, for many years a bright spot in Victoria’s art world. In her tiny shop, and later in the prestigious corner location of the Victoria Conference Centre, she brought unique Chinese antiques and works of art to an international clientele.

The family opened another branch in Calgary in 1979. The Victoria gallery closed in 2006, though the Calgary store managed by daughter Anna flourishes, with a focus on contemporary painting.

In 1985, just as China opened to the West, Eunice took 129 Stephen Lowe paintings for an exhibition at the National Art Museum of China in Beijing, followed by subsequent showings in Nanjing, Shanghai and Guangzhou. The president of the Chinese Artists Association, Wu Zuoren, personally inscribed the banner for the opening.

This was a moment when the older generation of artists, long marginalized by the Cultural Revolution, came out in the light of day for the first time. Their approval of this previously unknown artist was overwhelming.

While to Canadian eyes Lowe’s paintings are certainly Chinese, in his homeland, this art spoke with a new accent. Here was an artist who emigrated but did not lose his roots — a message of profound importance to the Chinese of that day.

When the Lowe family returned to Victoria in 1986, the Art Gallery of Greater Victoria presented a retrospective of 75 of the paintings, curated by Barry Till. In my review at the time, I wrote: “Lowe’s all-night painting sessions, his speed of execution and his ever-expanding range of subjects are legendary. He painted to challenge the limits of the acceptable and to continue the progress of Lingnan.”

Eunice Lowe has been working since 2005 to create the new, and definitive, book on her husband. Last week, she and her son, David, presented me with a copy. But first they told of their past year.

In 2016, Lowe’s paintings were chosen as a “bridge between cultures,” for the opening of the new Canadian Consulate offices in Guangzhou. Simultaneously, a prestigious show of Lowe’s work opened at the Guangzhou Museum of Art, which is a shrine to the masters of Lingnan-style painting.

It’s hard to express the importance of this event. The Lowe family have decided to donate their collection of paintings by Lingnan masters, and some Stephen Lowe originals, to that seminal collection.

The book is a delight. The 330 pages include reproductions of 125 paintings in colour, some of the reproductions 50 centimetres across. The Chinese-language version has been published by the People’s Fine Art Publishing House of China, and the English-version, privately published, will be available soon in Victoria. The quality of layout, paper stock and binding are beyond anything available in this country.

What a story: A penniless immigrant lad, with nothing but native talent and the support of Victorians, created a timeless body of work in a few short years, far from home. And now Stephen Lowe’s reputation is reaching heights we just can’t imagine. Victoria’s art culture is rich.