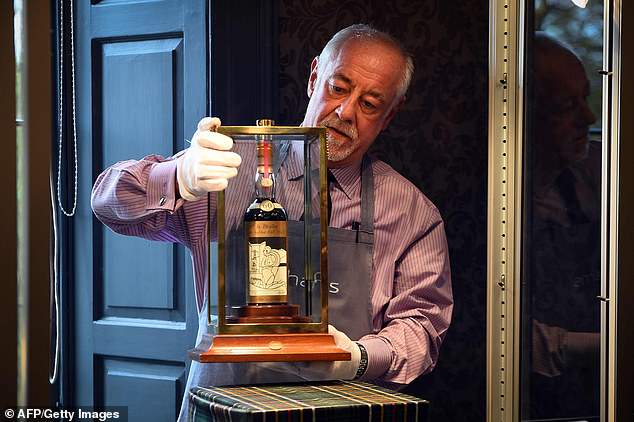 A Bonhams porter shows the bottle of Macallan Valerio Adamai 1926 whisky to packed auction house in Edinburgh today. The whisky was bottled in 1986 having been stored in a vat for 60 years previously

The world’s most expensive bottle of whisky – described by experts as the ‘Holy Grail’ – has been sold for nearly £850,000 at auction.

The 60-year-old Macallan Valerio Adami 1926 sold for a record-breaking £848,750 when it went under the hammer today at Bonhams Whisky Sale in Edinburgh.

Although 12 bottles of the vintage whisky were produced, it is not known how many of them still exist. 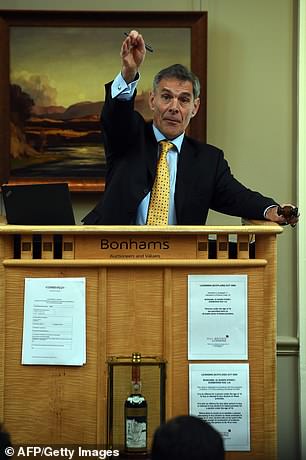 Bonhams auctioneer Charles Graham-Campbell takes bids during the sale of this whisky. 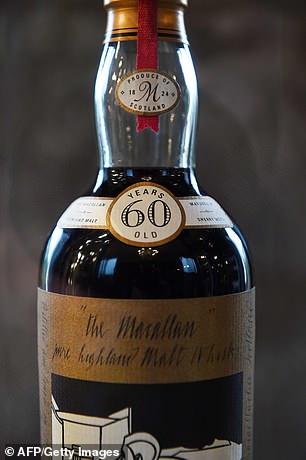 One is said to have been destroyed in an earthquake in Japan in 2011, and it is believed that at least one of them has been opened and consumed.

Since the auction was announced earlier this year, Bonhams has been receiving inquiries from across the world, particularly China, for the tipple.

Bonhams Whisky specialist in Edinburgh, Martin Green, said: ‘I am delighted at this exceptional result.

‘It is a great honour to have established a new world record, and particularly exciting to have done so here in Scotland, the home of whisky.

‘Bonhams now holds the record for the three most valuable bottles of whisky ever sold at auction.’

The whisky was bottled in 1986 having been stored in a vat for 60 years previously. 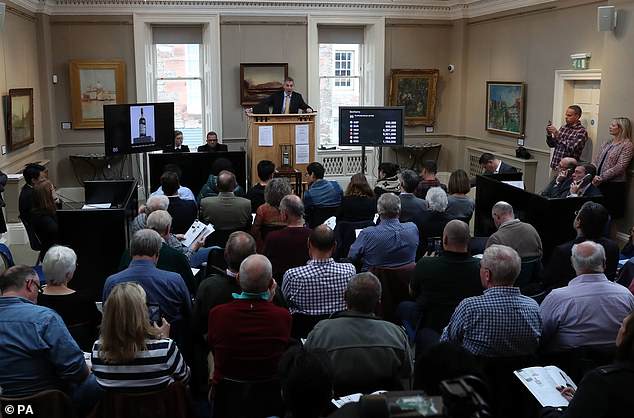 Bonhams’ auction house in Edinburgh was packed out for the sale of the whisky today. Martin Green, Bonhams’ whisky specialist Martin Green said he was delighted with the result of the auction 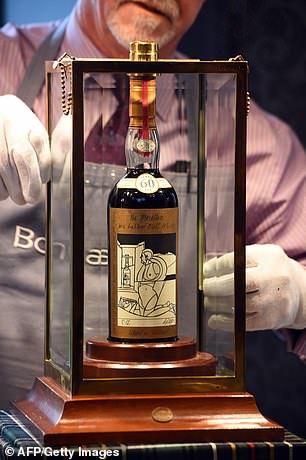 Although 12 bottles of the vintage whisky (pictured) were produced, it is not known how many of them still exist. When they were bottled in 1986 Macallan commissioned world-famous pop artist Valerio Adami to design a label for the 12 bottles. Valerio Adami is an Italian artist famous for painting bold, flat forms outlined in thick, black lines, in a style reminiscent of comic art 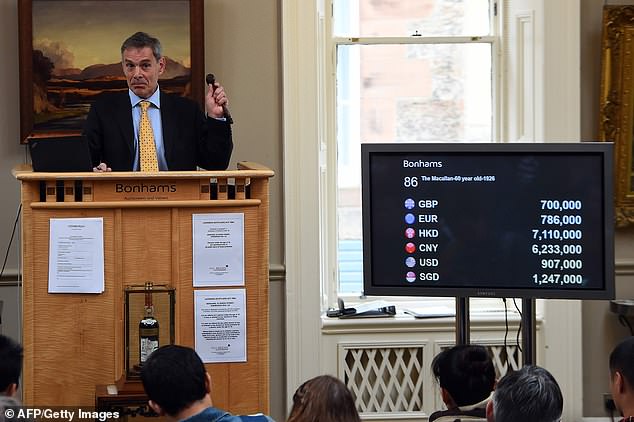 The price keeps on rising at Bonhams’ auction house in Edinburgh where the whisky – made in 1926 – fetched a whopping £848,750 at auction

Macallan commissioned two world-famous Pop Artists, Valerio Adami and Peter Blake, to design labels for a very limited edition of 24 bottles -12 of the Adami and 12 of the Blake labels.

He is among the most acclaimed of 20th Century Pop Artists.

The previous record for a whisky sale was held by another bottle of The Macallan Valerio Adami 1926 which was sold at Bonhams Hong Kong in May.

It was sold for a world record-breaking price of £814,081 – the most paid for a bottle of Scotch whisky at public auction at the time.